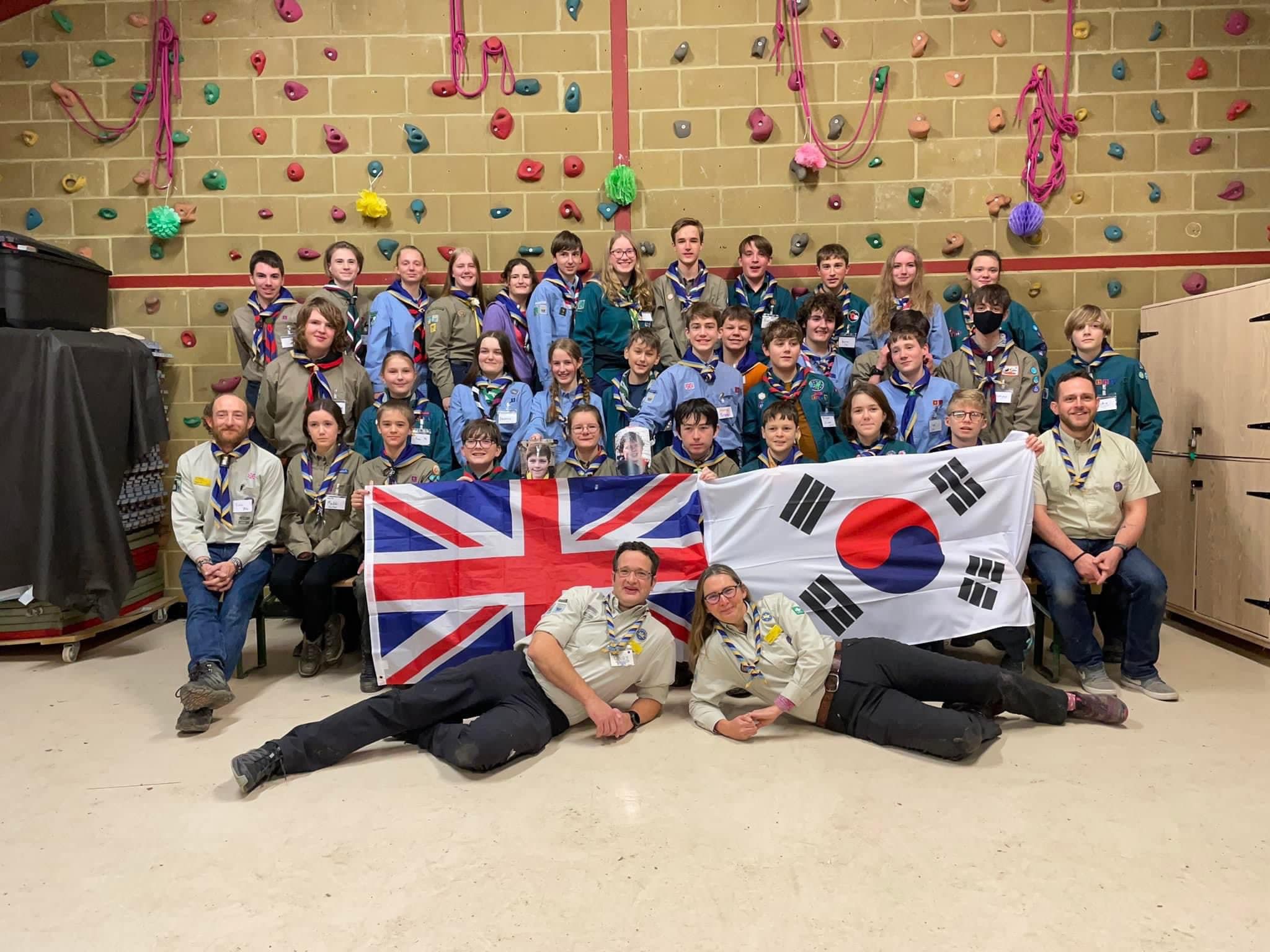 When I got to the Scout Jamboree Launch Event we were instructed to put our bags in a room and then went to the main hall.  All of the leaders introduced themselves and told us a lot about the Jamboree and showed us a video.

Not long after that we did a lot of team building exercises to help us get to know all the Jamborettes. For example, the leaders set out a long row of chairs and put them opposite each other and then everybody would sit in a chair and talk to the person opposite them and tell a lot about themselves like where they come from, what school they go to and what scout group they are in.  Then we would move along to the next seat and talk to the next person.  After this we played a lot of games.

There are 74 Scouts from West Sussex going to the Jamboree.  We were split into patrols of 9 Scouts in each Patrol. Next, the leaders split us up into group 73 and 74. Group 73 had to go to a different camp for the night so they had to go on a hike but so it would be fair Group 74 also went on a hike!  Within our patrols we would have to follow the map and navigate the route unaccompanied with the leader.  When we got back from the hike we had some time to chill, watched a movie and drank hot chocolate before going to bed.

In the morning we had breakfast before carrying all of our luggage to a school where we would be picked up by our parents.  That’s also where group 73 and 74 joined up.  When we got there we set out chairs for the parents because the leaders were going to put on a talk about the Jamboree and answer any questions they had.  When the parents arrived all the Scouts went outside to play games with some of the leaders. That’s also when we all received our 25th World Scout Jamboree scarves and badges.

After this, the leaders introduced us to some Scouts who had previously been to a jamboree.  They talked to us about their experience and answered any questions we had.  When the talk finished, we met up with our parents and went home.

Overall I feel that the 25th World Scout Jamboree will be a very fun experience to learn about different cultures around the world, make friends and have fun!

This site uses Akismet to reduce spam. Learn how your comment data is processed.